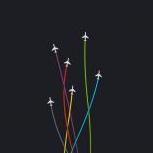 By Harry Sugden,
January 7 in Scottish